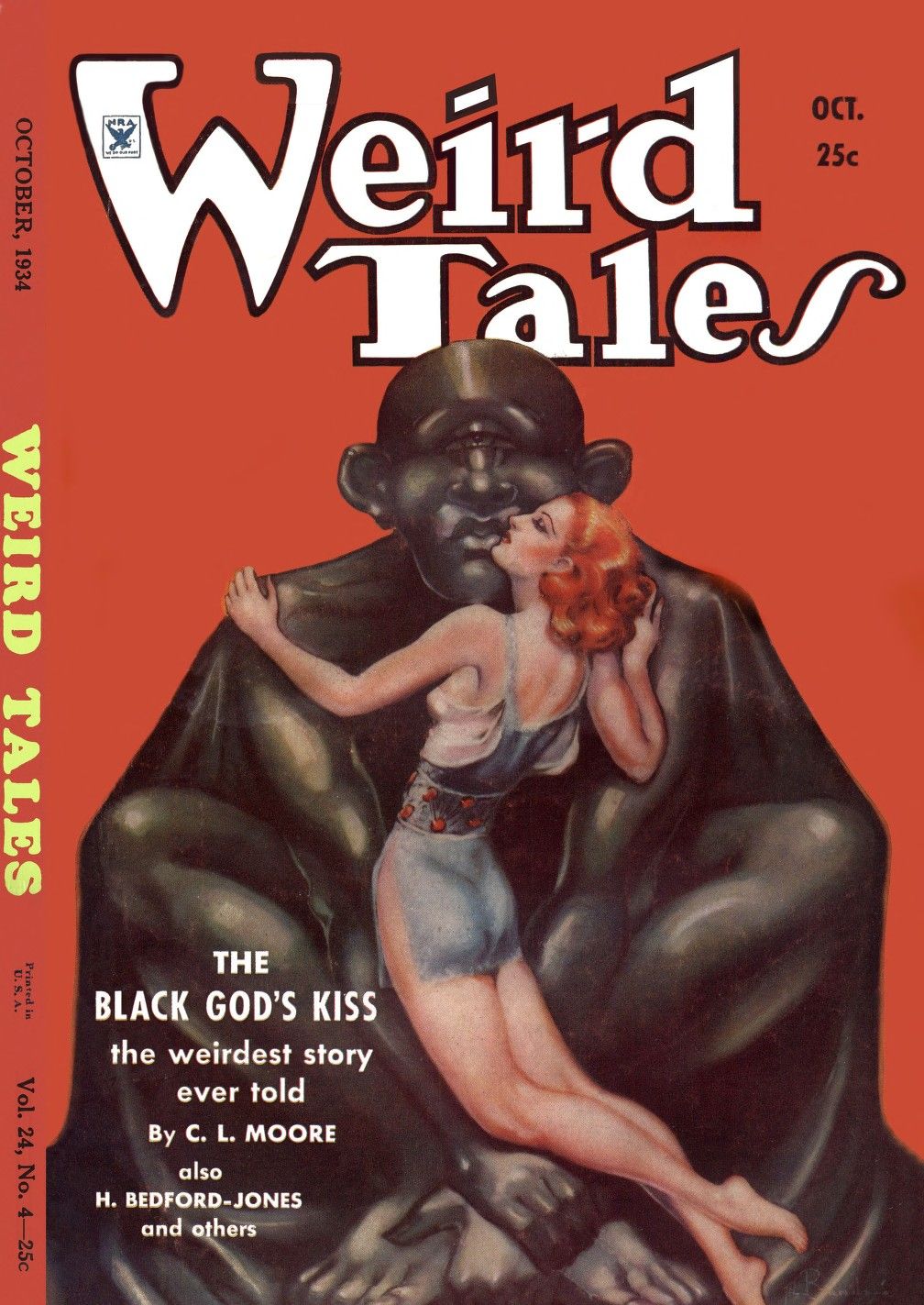 C.L. Moore, stands out as one of the godparents of sword and sorcery and science-fiction, and nowhere is this more apparent than in her creation, Jirel of Joiry. Jirel stands out for several reasons as a character of the Golden Age of Pulp. She is a female character being written by a female writer, a rarity for the time. (While there were other women writing for the pulps at the time, a large percentage of them were writing hard-boiled detective stories, not fantasy). She is a creature of her passions, frequently overcome with rage that dictate her actions. She is also placed in a historic setting, in this case medieval France[1].

Jirel is a noblewoman, to be sure, but one that is more likely to don armor and meet her foes head-on then to sit behind her castle walls and busy herself with embroidery. In the sadly few stories Moore wrote featuring her, she is a character who takes her fate in her own hands, who strives against dark villains and triumphs, though not through skill at sword or physical prowess, but the characters sheer emotional power and will. Throughout all her tribulations, she maintains a rock-solid foundation of who she is, and she is no man’s woman.

One of the characteristics that strikes me the most is the settings Moore chose to set her stories in. Despite having the pretense of medieval France, Moore flings Jirel into supernatural settings, be it a parallel world through a magic portal (“Jirel Meets Magic”) or through a portal to what can only be considered a version of Hell (“Black God’s Kiss” and “Black God’s Shadow”). The unique nature of these settings, and the obstacles Jirel encounters are unique to the character, and never fall into the trap of imitation or pastiche.

As readers and writers of pulp, you can do far worse than checking out Jirel of Joiry.

The biggest downside is that there are so few Jirel of Joiry stories, with Moore having only penned six (and one of those costarred Moore’s other creation- Northwest Smith). But if anyone ever asks you, “Where are the women?” when it comes to the pulps, here is one ready answer.

[1] I view Howard’s Hyborian age as more closely related to pseudohistory as divorced as it was from any historic setting.